If you are an Australian cricket fan, then you would definitely have heard the following names:

The reason behind the brilliant talent that the state manages to come up with is its potent cricketing structure at the grassroots level. And if you have to name one cricketing location, Perth city is that place in Western Australia where most of the cricketing action takes place. Well-known for the famous WACA ground which is a heaven for fast bowlers, Perth boasts a number of cricket clubs that train and prepare youngsters to become future cricketing superstars.

A few of these top clubs in Perth are listed below. We hope your favorite club is on the list. 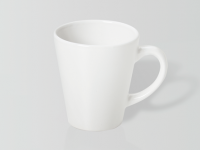 Nicknamed as the demons, this club has been part of the Western Australian Grade Cricket since 1862. The club is located in Carlisle with its home ground being the Fletcher park.

Located in Nedlands, Claremont Nedlands Cricket Club is one of the top clubs under WACA. The club is nicknamed the Tigers and have got two grounds, Cresswell Park and Melvista Oval.

Currently coached by Noel Knight, the Subiaco Floreat Cricket Club trains at the Floreat Oval cricket ground in Floreat. This club which is nicknamed as the Lions is currently captained by Chris Hansberry.

Nicknamed Freo, the Fremantle Cricket Club is coached by Joe Piromalli and is captained by Ashton Turner. The Stevens Reserve located in Fremantle is the home ground of the club.

Nicknamed the Northern Centurions, the Joondalup District Cricket Club were the First grade

premiers in the 2014-15 season. They are located in Iluka and train at the Iluka Sports Complex.

This club is among the 16 premier league teams in the Western Australian Cricket Association. The Roos are famous for there all-red cricket uniforms and they practice at the Kingsway Reserve in Madeley.

2nd grade premiers in the 2014/15 season, the Willetton District Cricket Club operates with the vision to impart and improve cricketing skills both at the junior and senior levels. The Dragons are located in Willetton and the Burrendah Reserve is their home ground.

The Western Suburbs Cricket Club (WSCC) is based at the College Park in Nedlands. The club features turf and artificial training facilities along with three match grounds, a club bar and great spectator viewing area.

The club was formed in 1962 by a group of local enthusiasts. Right since then, the club has been based at Allen Park in Swanbourne and is just 2 minutes from the West Coast Highway.